Android is a mobile operating system which runs on Linux based kernel. Android is an open source and powered by Google. Most of the mobiles like Lenovo, one plus, redmi, Samsung, LG, oppo, Asus, letv, Motorola, and etc.. uses Android on their mobile devices. Android is also used in Tablets, wearable gadgets like watches, Android Television and more.

are some of the versions officially released by Google. Android Pie is the latest version of android os. In each version, android adds some new features and also remove the unwanted security holes from previous versions. In simple, They fix bugs in the old version and they release the new versions.

Android Studio is the official IDE created by Google. Its Supports java, c# and Koltin. Most of the android apps are created by using java. NoSql is used along with java for database support.

Cross platform app which runs on both android and ios. But it have less performance when compared with native apps.

Ionic uses the angular.js and React uses the react.js to code their app. React Native has higher performance than ionic. React.js was developed and maintained by Facebook. Instagram, Messenger, Facebook are created by react native. 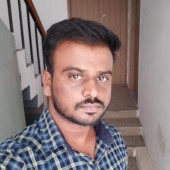 Hello buddy!, I am a passionate developer and likes to develop new things. I have been working with web development tools like Html, CSS, javascript, PHP, node, angular.js & react .js for over 7years from my college days onwards. I earned more than 10,000$ from google adsense. Currently developing blogs, android apps, modern websites and custom software tools.